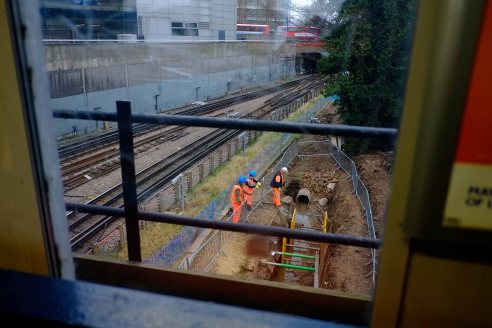 There’s something overwhelmingly gripping about the idea of a buried river. It is the thought of that life trapped underground, like a person buried alive, scratching at the coffin lid. But there is resurrection too. Rivers run underground quite naturally and where they spring from the earth there is new life, from the womb of the earth, so to speak. And so a river buried by man – well there is in that, surely, the possibility of redemption? While the river is down there, it can still, unlike the person in a coffin, live again. And with that lost life there is so much history: the farmsteads that stream once watered, the clothes that were washed in it, the latrines emptied into it, the floods that broke out of it, before for whatever reason – a road or a railway line that seemed more important at the time, or perhaps just to hide the smell – the river was pushed underground. I find all of this totally fascinating, to the point where I have become a kind of ghost-river hunter, constantly looking at maps and satellite images trying to work out where certain rivers flowed.

So, when I walked through Gunnersbury station yesterday and saw through the window the – probably very temporary – disinterment of a stream I never knew was there I was impatiently curious to get home and dig out a map. Only I can’t really find any evidence of it. The oldest map I have is the early nineteenth century one-inch series of London. This map shows that there were once springs very nearby at Turnham Green, a series of small ponds that seem to have flowed east towards Hammersmith, meeting another stream that flowed south from Acton. There was also once a spring that filled the lake at Chiswick House and flowed east straight into the Thames. But this stream was flowing south as if towards where the line crosses the river at Strand on the Green. I feel sure the water was too clear for it to have been a drain – and besides, it hadn’t rained for a few days. A question then for any other ghost-river hunters out there: was there ever a stream at Gunnersbury? 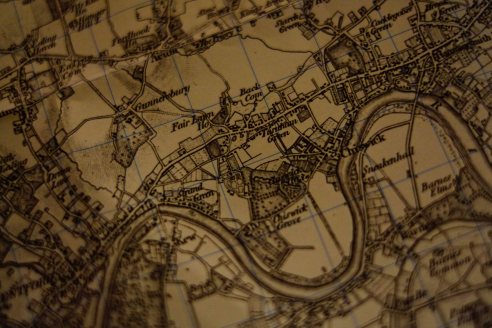