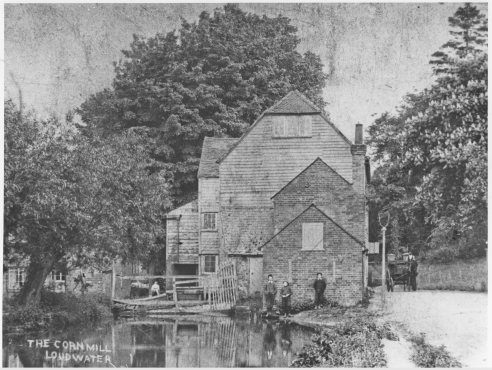 Sharing a post I wrote for Caught by the River.

Saturday 11th and Sunday 12th May 2013 will be National Mills Weekend, an annual festival of our milling heritage.

Mills are close to my heart having read so much about the mills of the Wye as I worked on Silt Road. The roll call on this little river once read: Park, Francis, Fryers, Lords, Ash, Flint, Temple, Bridge, Pann, Rye, Bassetbury, Marsh Green, Bowdens, Wycombe Marsh, Beech, King’s, Loudwater, Treadaway, Snakeley, Hedge, Clapton’s, Glory, Lower Glory, Soho, Princes, Gunpowder, Hedsor and Bourne End: which was three a mile in their heyday – anytime between the eleventh and twentieth centuries so adaptable were the mill buildings, metamorphosing as the centuries rolled by from corn-mills, to fulling-mills, to paper-mills – all on a river that is only nine miles long.

The river made the mills and the mill made the town, wrote a town clerk back in 1878, but he might have written as much about more or less any town in England, so much have mills and the rivers they were built beside written the story of our landscape, towns, and cities. All this is so easy to forget nowadays: the last commercially working mill on the Wye closed in the year 2000 and now a Pizza Hut stands where the mill once mashed rags to make paper. Pann Mill is the only mill building that remains functional, and once in a while it is used to grind corn. One or two others are private houses or flats. But most are gone, and all that is left are bricks in the stream, or foundations. One lies under a roundabout in the middle of the town and apparently nowhere near running water: but the river is there alright, under the roundabout too.

As a small part of the mill celebration I’ll be mounting an exhibition with Wycombe Museum in May: archive photos of the old mills and a few of my own photos of those sites today. Above is Treadaway Mill, Loudwater as it was in 1935 and below Ash Mill and the site today.

This is such a fascinating subject and so relevant to every other town and river in the country that I thought we should run some wider celebration on Caught by the River: perhaps other readers could find archive pictures of mills near them and send them in accompanied by a photograph of the same site today, and a few words too on the mill and its history? We could build up a fascinating archive like this, perhaps put on a small exhibition and thus join in with National Mills Weekend: http://www.nationalmillsweekend.co.uk/ 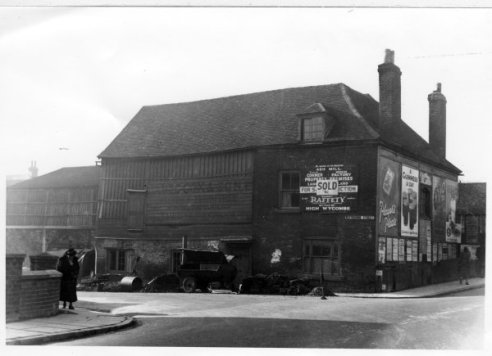 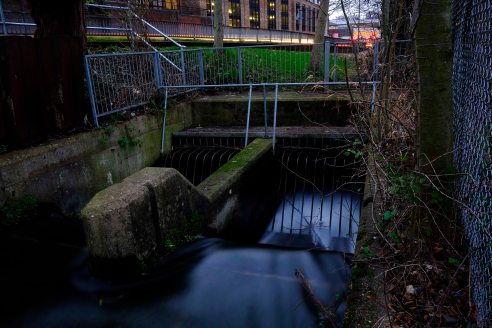 2 Responses to “The Song of the Mill”