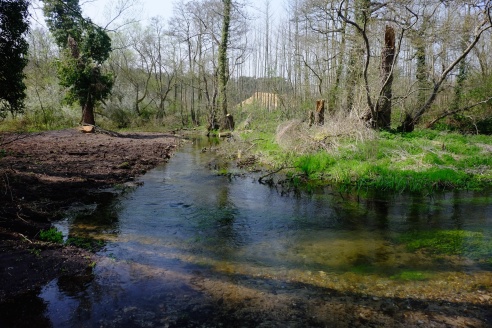 Friday 24th April, was the final day of a three-year restoration project on the River Nar in Norfolk. Phew!

7km of re-meandering with woody berms, 2km of re-discovering and tracing again the course of the old river, and 500 meters of re-uniting the flow with a long-lost channel and in so doing re-creating a little bit of the post-glacial river all these works have been designed to imitate. The work (in catchment terms) is not over, but it is time for a brew perhaps.

This final phase was a highlight because for a short reach (about 500 meters) we were able to re-shape those hideous levéed banks built up by years of dredging and re-create the flat riverside flood-plain and soft riparian margin that is the life-system of a ‘natural’ chalk-stream. Elsewhere the woody berms are accomplishing the same trick within the confines of a steeper-edged and relatively immovable modified channel. But here we had room to move. There were no gas-pipes, no ancient priories, no invaluable trees, no mill-leats or water-meadows. It was so satisfying to rebuild those meanders and to watch the landscape open up again.

Satisfying too, in a perverse so-I-was-right-all-along way to find at the foot of those levées, but lying unnaturally on the surface of the flood-plain, a seam of river gravel about eighteen inches deep and two or three yards wide. This was the upturned bed of the river, buried under thirty of forty years of “maintenance” weed-cutting slops: a process of channel cleansing that was ultimately as self-defeating as emptying the hoover bag inside the house.

The pictures below tell a better story than words can. But as you look at them notice the steep, and soullessly straight near-side bank in the earlier images, the trough-like channel that has been dug far too deep and the extent of over-shading in a man-made woodland that had gone feral.

The three phases of the work therefore tackled each of these issues in turn. Selective felling and thinning opened holes in the leaf canopy above. The felled trees were arranged to create berms on one bank or the other, easing the river into the meander pattern that it would otherwise have spent the next few centuries re-creating, and finally the levées were regraded down into the berms along the near-side bank, leaving those on the far bank to work as sediment traps which will accrete over the next few years to become new river banks.

This last phase was a Norfolk Rivers Trust project, sponsored by the Catchment Restoration Fund (now over – will it ever return?) with the works designed and installed by myself and Simon Cain, and the final re-grading efficiently and boldly delivered by Jason Lovering. Thanks also to the NRT’s Helen Mandley, to Tom Moore, our vole monitor (BASEcology), Giles and the IDB, Hannah and Natural England, Jo and Holkham Estate, the Castle Acre Fishing Club. 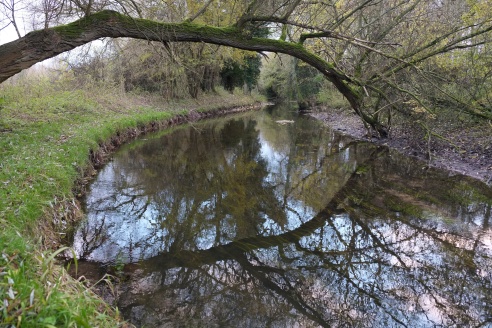 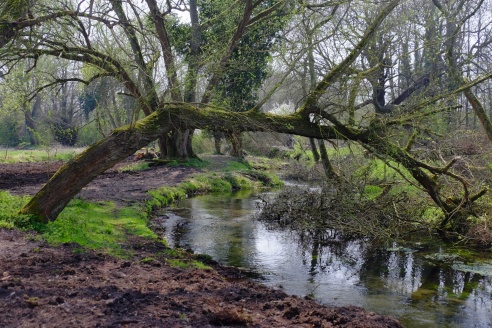 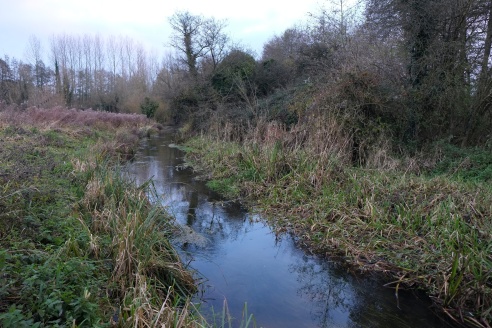 2 Responses to “Time for a Cuppa”